There is an ant sitting on the lower left vertex of a cube (vertex A), at each step the ant randomly moves to an adjecent vertex with equal probability. What is the expected number of steps it would take ant to reach the upper right vertex of this cube (vertex B)? 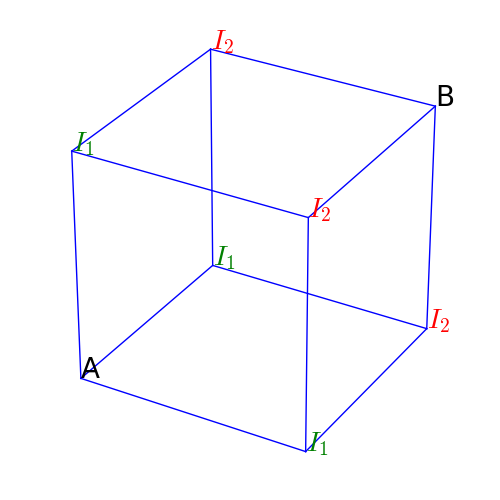 Before we wirte down the equtions, we introduce some notations:

What is the expected number of tosses it would take to see all six faces of a dice? 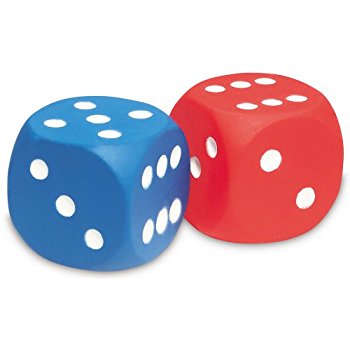 It’s a little hard to set up this problem, but once your practice more this kind of problem, you will get used to it. Let’s denote \(E_i, i=1,\cdots,6\) to be the expected number of tosses to see all faces, given that there are \(i\) remaining faces to be seen. In other words, if you’ve already seen \(6-i\) faces, it would still take on average \(E_i\) number of tosses to see all faces. In this case, \(E_6\) is what we are looking for.

Now, we can write down the recursive equations: 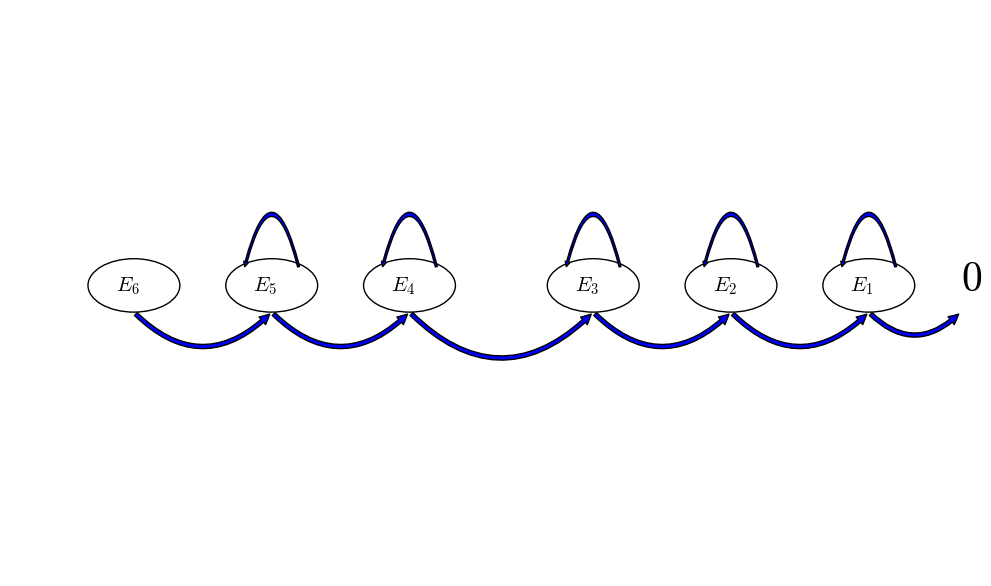 We can see from above that this system of equations can be solved sequentially, and in the end we know that it takes on average 14.7 number of tosses to see all six faces of a dice.

This method of solving this problem might seem more straightforward. I put it in the second place, because I would like to emphasize recursive expectation in this post and last post as well. Also, geometric distribution is a particular probaiblity distributtion that is not as widely applicable as the technique of recursive expectation.

We’ve arrived at the same conclusion that it takes on average 14.7 tosses to see all six faces of a dice.