How to generate random points uniformly on a circle of radius R?

However, if we simulate using this naive method, we will see that points clustered around the center of the circle, as shown in the left picture below: 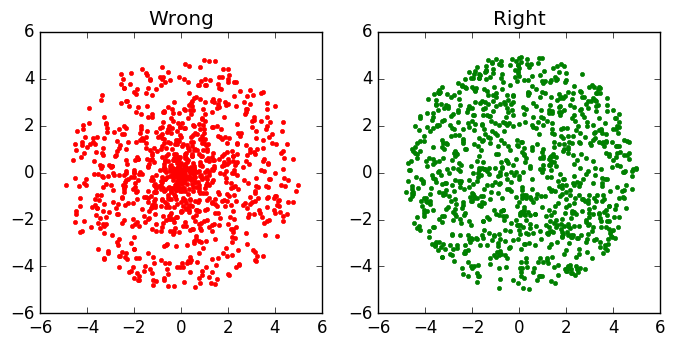 Something must be wrong.

Key intuition: for a certain angle interval \([\theta, \theta+d\theta]\), there needs to be more points generated further out (at large \(r\)) than close to zero.

Recall that, in polar coordinates, the infinitesimal area is \(rdrd\theta\).

Now, we can use the inverse cdf to generate \(r\): 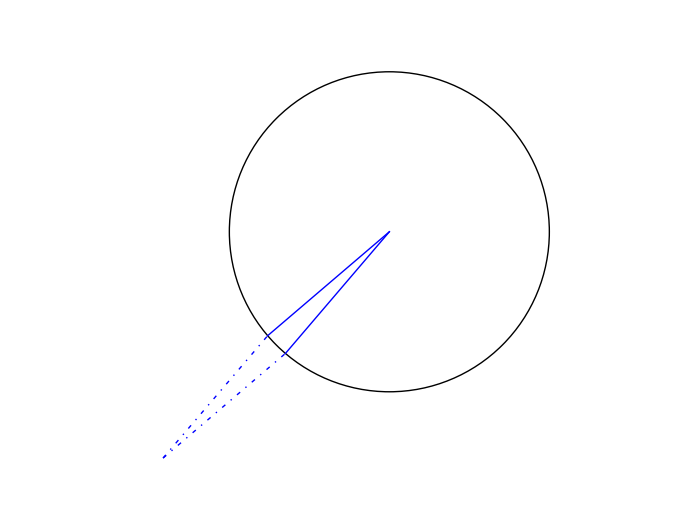